Life Education and Development Support (LEADS) is an organization that works in the districts of Jharkhand, primarily in Khunti, Hazaribagh, Laterhar, Ghumla (amongst others) to promote sustainable livelihood solutions in rural and tribal communities. They also work in urban areas with their base located in Ranchi. Within the livelihoods work, they focus on agriculture and natural resource promotion, animal husbandry for sustainable livelihoods and more. They have members grouped in Self Help Groups across the districts, some of which are driven by women participation and leadership.

In Latehar and Ghumla districts alone, they have 1,600 members who practice rice cultivation. These farmers live in very remote forested regions and predominantly belong to tribal communities.

Kurokala village in Mahuadan Block, Latehar district is a remote village with Santhal communities residing there. They are all small and marginal farmers who grow rice for one season and practice horticulture farming as well. The farmers primarily grow a special variety, Black Jeera Rice along with some other varieties of rice which they consume and sell. 300 households cultivate paddy in this cluster of Mahuadan block with each household producing about 15-20 bags of paddy (10 quintals) per season. They keep enough paddy aside for self consumption and sell the rest.

Kisan Mahila Mandal is a women based SHG with 20 members who decided to take up the decentralized solar powered rice mill intervention as they observed the need for hulling of rice and polishing there. The nearest rice mill was in a town, about 10 kms away- large in scale, it was primarily catering to large farmers, bringing in paddy in larger quantities to be hulled. A small building infrastructure was set up with the help of the Jharkhand Livelihood Mission and the solar powered rice processing machines was installed in May, 2019. Multiple training sessions were conducted by SELCO Foundation staff for the women members. The women operate the machines, handle packaging, accounts, registers, maintenance etc.

The huller and polisher are two separate components with the huller processing 60 kgs per hour and the polisher cleaning 50 kgs per hour. With the machines running for 6 hours, they can mill 3 quintals of produce per day. The decentralized mill is being run as a service model where they sell their produce through 4 middlemen who they have developed linkages with. Due to not having their own transportation, they sell to the middle men who come regularly and pick up the milled produce as well as paddy from the farmers. The middle men take the produce to markets in nearby towns like Daltonganj.

The lockdown has severe repercussions in Latehar district, with many establishments having to close down. This includes the oil mill, flour mill and the rice mill which people from the town and villages nearby would access. With this access being cut off, villagers from nearby villages of 5-6 kilometer radius started to come to the SHG run solar powered mill as they heard of it from the middlemen. The SHG started to mill and polish the produce charging town folks INR 5 per kg and their associated Farmer Producer Organization members INR 2 per kg, as opposed to the usual rate of INR 3 per kg. The mill has been running for an additional 3 hours per day milling 150 kgs of paddy to rice per day.

Due to this, the SHG has been making profits even during the lockdown. People accessing this mill have been expressing that they prefer this as they have reduced time and expenses as the centralized mill in town would charge them INR 2 per kg but would not return the husk. Whereas, the SHG members have been returning the husk to the customers along with their hulled rice. The husk has many uses for the farmers in the form of mixing it with manure to make bio fuel, using it as fuel to keep the pots going which they use to make alcohol and laying poultry farms with this base to revoke ammonia. This husk is usually sold for INR 50-70 per bag for fuel used to make alcohol and INR 30-40 for the poultry shed with each bag weighing 20 kgs. The decentralized rice mill generates 60% rice and 40% husk of the paddy being fed. The solar powering has been very useful during the lockdown as the region suffers heavy load shedding and frequent power cuts. If diesel were to be used as a backup fuel, they would take 2 days to procure diesel during the time of lockdown which would have hampered their service and production.

Even during the lockdown, due to the unit being located in a remote region, the SHG members remained unaffected and were allowed to operate through it. This brought in more customers, increasing their income and turning in profits.

Due to the mills in the town being shut down as a result of the lockdown, people from nearby villages and towns started to use this service to mill their produce. At least 100 people newly accessing this mill have expressed to the SHG members that they will only come to their centre henceforth even post lockdown as it is more economical, convenient and time saving.

Farmers and communities from nearby villages and from Kurokala have been able to process their stored paddy to rice which is giving them food security in a time where access to essentials has been difficult.

The remote region suffers a lot of power cuts, frequent load shedding and voltage dips which would have required the SHG to rely on diesel, if it weren’t for solar. It takes 2 days to procure a batch of diesel and in the time of lockdown, it would have taken longer with additional permissions required to be able to access it, causing hindrances in their service.

A lot of the visiting communities are seeing solar energy for the first time and have learnt of its existence, uses and applications beyond just lighting. 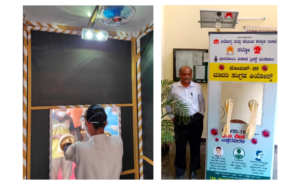 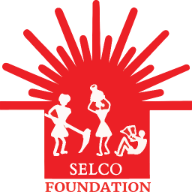